The Cardiff Astronomical Society has an excellent Observatory (pictured opposite) located in the grounds of the National Trust's Dyffryn Gardens, which is situated in St Nicholas just outside Cardiff on the A48 Cardiff to Cowbridge road.

The Observatory is sited where it is not just because of the dark skies offered in this rural setting, but because the Society began life here in Dyffryn Gardens back in 1975 when it hosted an out-of-London meeting of the British Astronomical Association. We have also found that the Penylan Observatory, owned and run by Cardiff City Council (CCC) until it closed in 1979, had its telescope donated by a well-known Cardiff family "way back in 1906". This telescope was earlier owned by the Rev W. Conybeare, of St Nicholas, where he was rector. 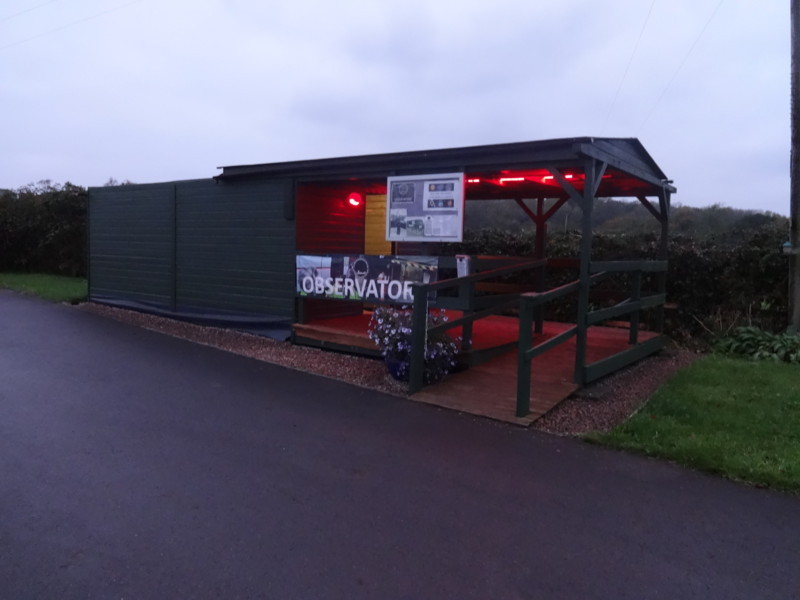 Today, the Observatory houses a state-of-the-art Celestron 11" diameter HD computer-driven telescope which is used at Star Parties and Observing Sessions. We also have a solar telescope mounted on a tripod for use at Solar Observing events The main telescope can be used by all members of the Cardiff Astronomical Society (after an introductory training session). Please note that there must be at least two competent Society members in attendance at every observing event.

A meteor-detecting camera is installed at the Observatory - it permanently monitors the sky, collecting data on any meteors detected. See here CAS UKMON