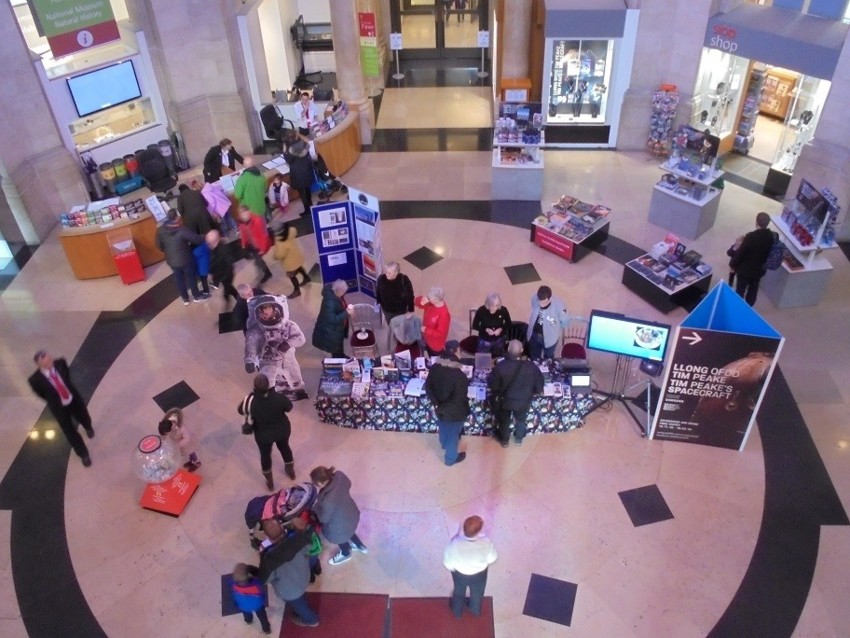 Everything was prepared: big stock of goodies ready and waiting to be handed out, new merchandise purchased by Ann Bennett and a team of volunteers waiting to man the CAS table, man a telescope, engage with the public on how to get started, and promote astronomy.

CAS was just one of many organisations present entertaining the public some of whom had come quite far which is very humbling. Great to meet up with old friends and colleagues and ideas and experiences swapped. And good to see past Chairman Roger Butler who contributed a lot to the Society.

Phill Wallace, our current Chairman, had produced two new talks for those who enjoy some science fiction in their science (or vice versa) and specifically for fans of Star Trek in all its forms (me!) and/or Doctor Who. That covers just about everyone then! These were popular and had good audiences with plenty of questions.

Edward Cooper, our UKMON Co-ordinator, compiled a video about the ISS, Soyuz and Tim Peake and another one with details about the upcoming lunar eclipse.

Mike Foley, our Committee Secretary, produced a new set of booklets for juniors, some more photographs and as per usual kept the public entranced and fully engaged with science.

Those manning the telescopes were busy but did manage to fit in a coffee or take a break. 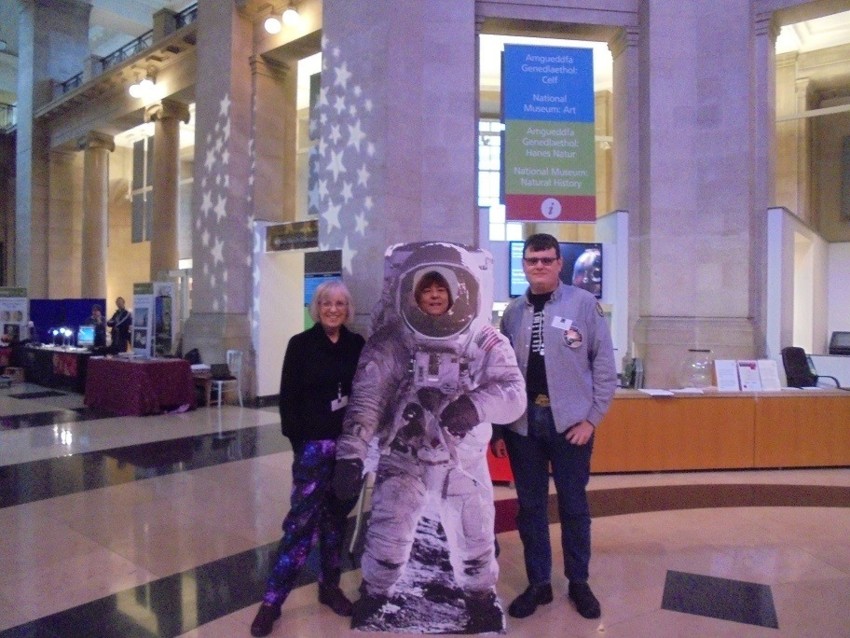 During the morning and up until after lunchtime everything went extremely well; a steady stream of visitors to our stand, cardboard Buzz was very busy for photographs, we signed up some new members, answered lots of questions, gave out loads of advice to beginners (don't buy a telescope etc. try these binoculars) and many juniors came for project books and posters. School teachers went away with information on resources and where to obtain them.

The team were briefed that we should expect to be busy as this event consistently attracts about 3,000 through the door. At about 2 p.m. it suddenly felt as if the Hall in the Museum was the one place in Cardiff where everyone wanted to be. We looked round to find that the CAS stand now appeared to be in the queue for the Soyuz exhibition as the crowds started to snake around the Hall from the Soyuz exhibition entrance at one end to the telescopes and stairs at the other end. And we worry about queues at telescopes on stargazing evenings. 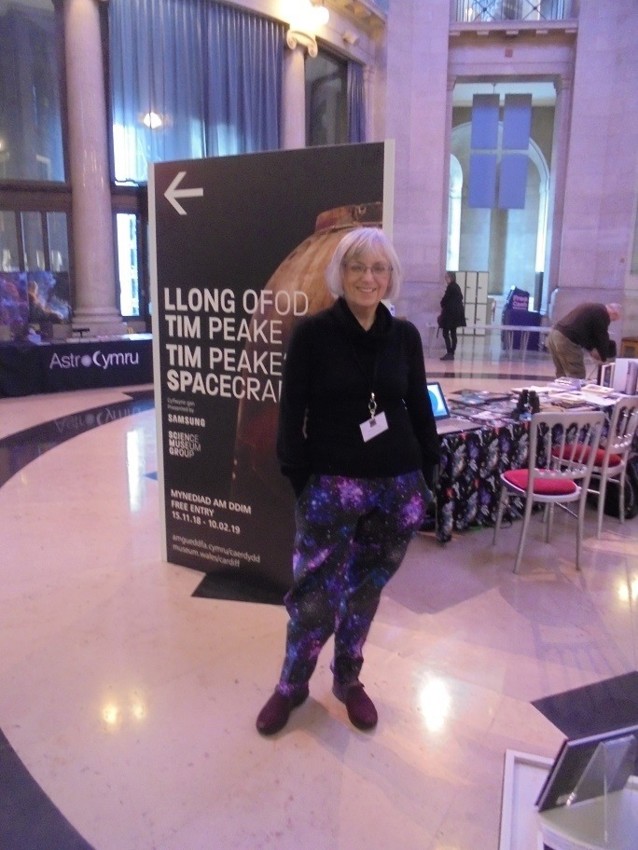 We didn't have to wait for people to come to our stand - we helped and entertained them as they stood in the queue! It was a lovely problem to have! It was all very good-natured, and perhaps we achieved more of our aims and objectives than we would have otherwise.

Cardboard Buzz was enlisted by Museum Security staff to mark the end of the queue when they decided enough was enough. One of them had been trying to keep a manual count of people walking through the doors using a clicker tally and although some visitors were undoubtedly missed, the final count was an amazing 7,000!
This event was always guaranteed to be successful, but it exceeded any expectations we might have dreamt of. During the packing- up everyone declared themselves shattered, intent on a day of recovery the next day but very happy. We all had a tremendous day! Why not join us next time?

Please come and see me, you will be very welcome!