We couldn't have written the script: warm and humid for October but thick clouds as the CAS outreach team drove up to Brecon, a busy day on the mountains judging by the cars parked around the Storey Arms but Pen y Fan shrouded in mist. Not looking hopeful, a typical stargazing event at the Visitor Centre which becomes an indoor event because of rain, snow, flooding, howling wind ..... we've had them all. But we press on.

The outlook promised to be dry at least so we set up the equipment on the field, Bob Love erected a gazebo for a quick retreat should it rain and set an image on a distant iPad to at least point the telescopes at something. We always try to have the telescopes/binoculars on show whatever the sky conditions as people do like to ask about the different types, costs, ease of use etc.

The event was a sell-out (has been on every occasion) and once the CAS team were ready we all sat down to have our hot food before the public arrived. New caterers, food excellent once again and with a choice this time.

The audience arrived at varying intervals and were all entertained by Mike Foley until, with everyone sat down in the seminar room, we could begin the formal part of the evening with a talk from Phill Wallace our Chairman on the life cycle of stars some of which we were hoping to see! As he began his talk the skies still looked foreboding and full of heavy dark clouds.

After an hour we called everyone outside so that they could at least see some equipment and how we set it up. As I've said, we couldn't have written the script because as we opened the doors it was as if someone had switched off the clouds to time and we beheld a moonless clear sky at a dark site!

Fantastic! CAS team go into full outreach mode, I became slightly hoarse doing a series of naked eye tours of the night sky amongst gasps from those at the telescopes.
We tried to describe many celestial wonders and varied them as much as possible and hope that we have brought a new appreciation of the night sky to a number of families, people of all ages, and those who had little interest before but came (or were dragged) along for the ride.

We reluctantly go back inside when a number begin to feel the cold (first rule to learn - dress warm, very warm!) and for a popular Q&A session with a free raffle of some good books and a photograph taken by Mike Foley.

The public came from all over South Wales and some from much further afield. It is humbling to be told that a number had booked a weekend break, B&B, hotel etc. around our event. I am just relieved the weather cooperated.

If you would like to help at the next event you are very welcome to join us. It's good fun! Don't listen to me, this is what member Ian Mclean had to say after his first event:
It was my first time and I must say that it was fantastic. The fact that the clouds cleared made the whole evening even better. I'm now looking forward to Dyffryn on the 28th October. See you all there. 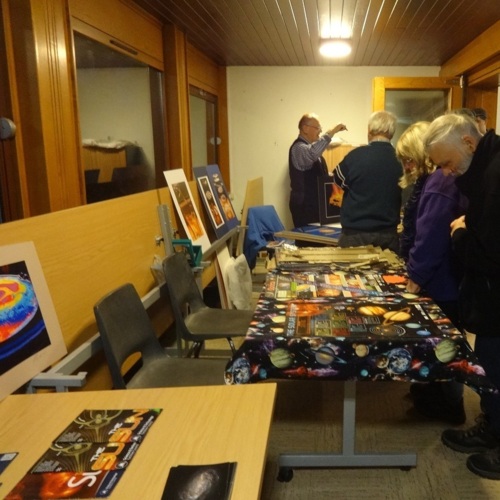 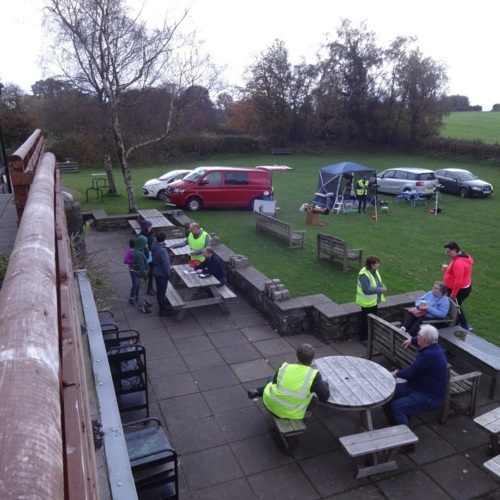 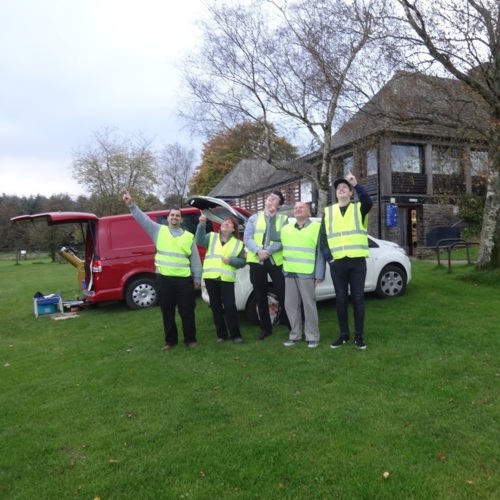 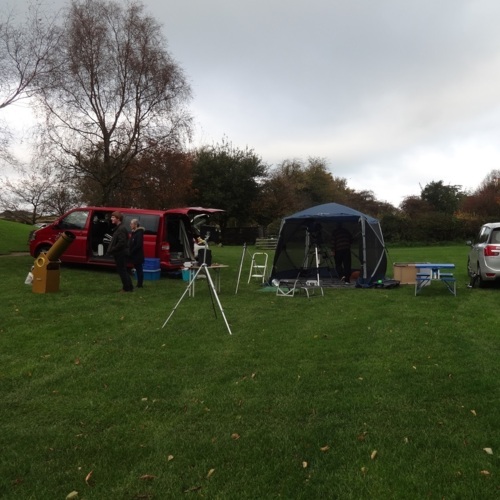 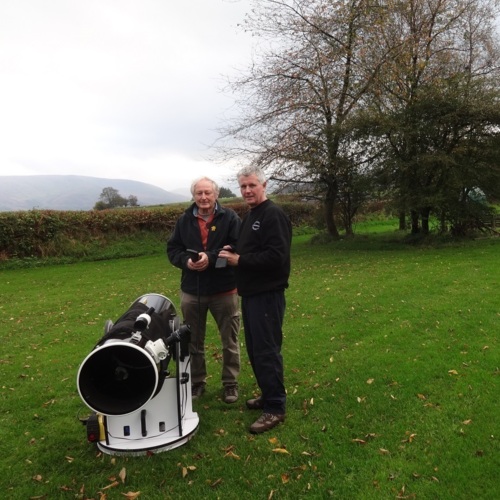 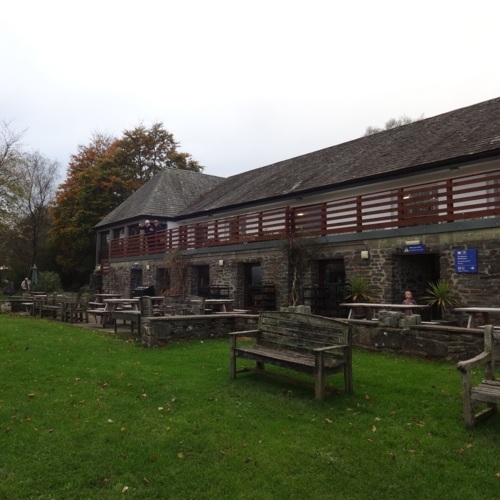 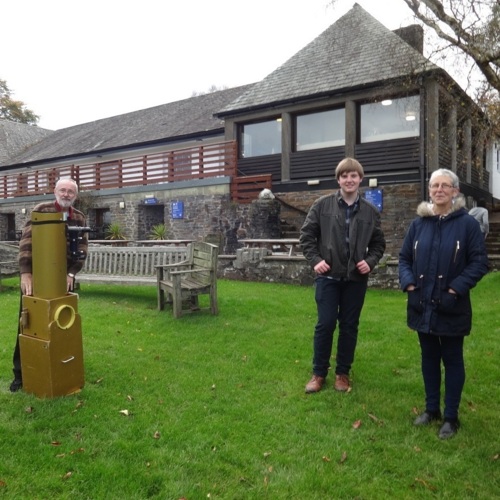