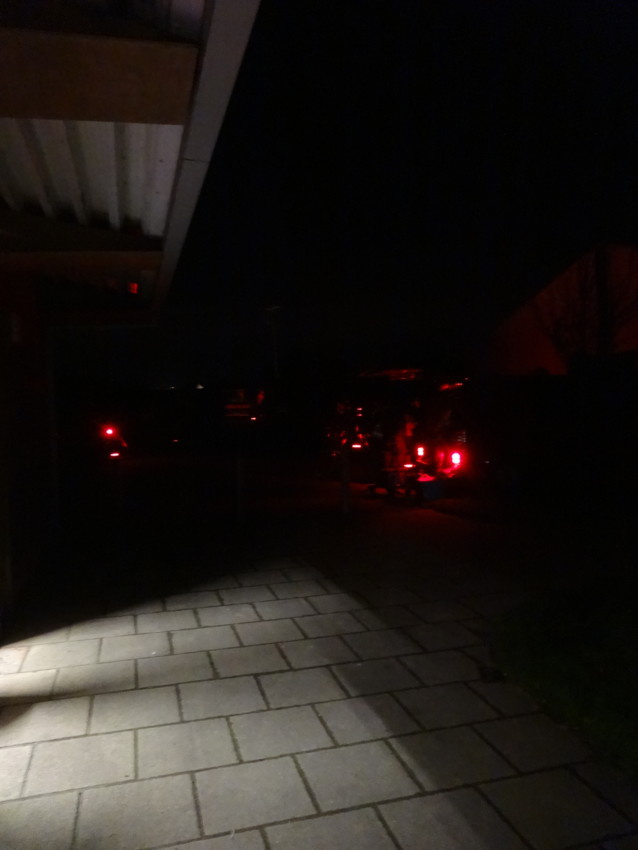 A packed house once again. The weather didn't cooperate (unlike the night before and the night after!) but we pressed on.

The Observatory was open for 'tours' of the facility and the equipment - Alan as observatory manager acted as guide and provided extra entertainment with video documentaries on a laptop.

There was an array of telescopes outside for the public to at least look at and chat about whilst Bob Love provided virtual celestial objects on a distant iPad which could be viewed through a telescope to at least give the experience of using one.

Indoors we were informed about massive stars by Dr Zeinab Khorrami of Cardiff University and the role that Dyffryn Gardens plays in the UK Meteor monitoring network.
Star charts (courtesy of STFC) were distributed for use on clearer nights, Mike Foley had along his excellent photo exhibition described accurately as Weird and Wonderful Photos - What are they? His public engagement guarantees a permanent crowd around his stand. The position of the ISS was displayed in real time and people were informed how they could easily sight it when it comes over the UK. The very popular Q&A session concluded a busy evening with thanks from the audience.

If you attended this event why not come to our fortnightly talks and/or Join Us?! 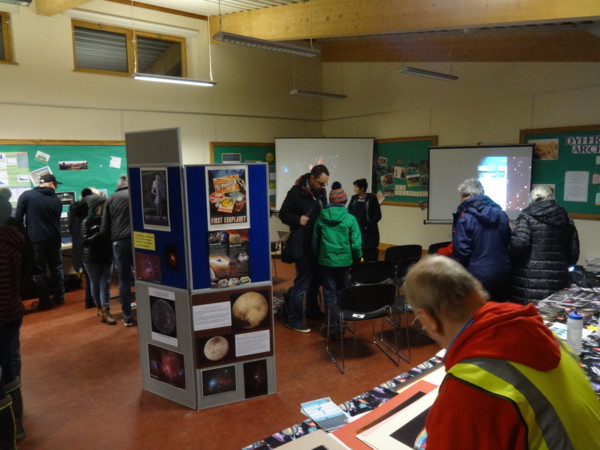 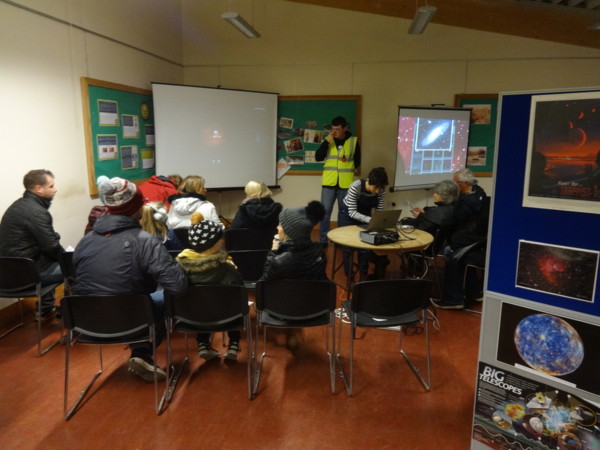