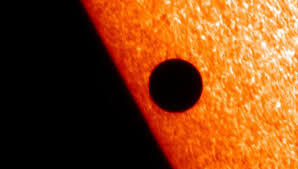 Not a conventional CAS public event but many members of the public were, fortunately, able to see the transit happen - and it doesn't happen very often!

We had a clear sky and good views of the Mercury transit from its start at 12:35 p.m. until, over an hour later, the Sun became too low and was hidden by distant trees.

An optimistic team turned out at Dyffryn Gardens and, with the permission of the Visitor Centre staff and the Duty Manager, we set up solar telescopes and the Dobsonian on the grass on the main car park. Up the hill in the CAS Observatory, Bob Love organised the 11" diameter Celestron telescope with a solar filter for any passing visitors within the gardens themselves.

We had a very busy afternoon entertaining those who passed by, and several Society members turned out for a look at the tiny pinprick Mercury as it went across the Sun. People were, as usual, impressed and grateful for a direct (and safe) look at the Sun, and Welsh Water employees were convinced in the end that we weren't 'twitchers' looking at resident bird life. We were also able to welcome Roy, our Treasurer, and his wife Dawn and demonstrate that the new lenses for the solar scopes were a justified purchase.

A (probably) once-in-a-lifetime opportunity for some of us and a worthwhile event with plenty of public engagement achieved.

Thanks must go to Joan Payne, Bob Love, Bob Biss and Edward Cooper for their sterling work, carried out reliably as usual. Lovely also to see Kath Biss - and we finally managed to show her Mercury as well! 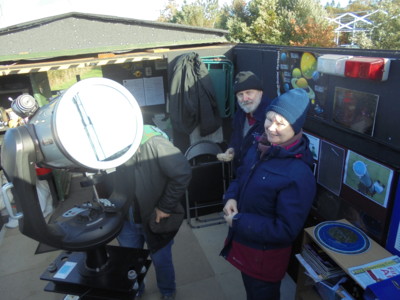 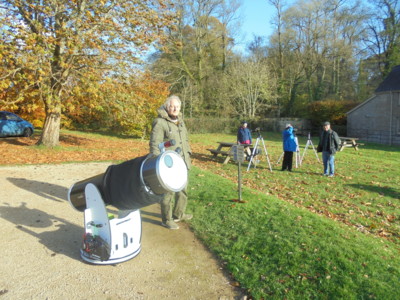 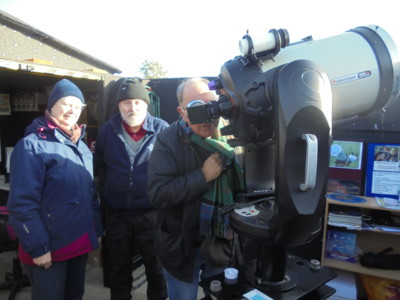